Be You. Be Empowered. Be SDT. 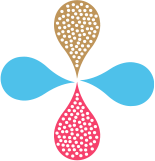 INDIVIDUALITY: Enable each member to be her authentic self by building leadership and personal skills for academic and professional success.

ENGAGEMENT: Participate in a lifetime experience through the special bond of sisterhood.

COMMUNITY: Build purposeful partnerships to enhance the goals of the Sorority and instill a sense of philanthropy.

Want to learn more about becoming a Sister?

Click the button to the right to get more information

I want to become a member!